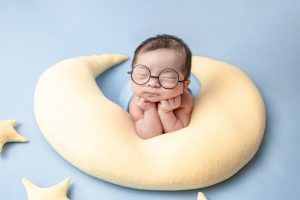 Postpartum OCD is a form of acute-onset OCD that develops after the arrival of a new baby. Parents with postpartum OCD often experience unwanted aggressive or sexual thoughts about their infant.

Parents brace themselves for many changes when a new baby comes home. As new routines replace old, life quickly becomes a confusing jumble of cherished memories, bottles, and dirty diapers.

Parenting can be joyful, but it can also be terrifying.

Parenting comes with many important responsibilities, and it can be intimidating–if not downright frightening–to be responsible for protecting and caring for a vulnerable new life.

What is Postpartum OCD (ppOCD)?

For some parents (mothers and fathers alike), new parenthood may spark postpartum obsessive-compulsive disorder (OCD), a surprisingly common anxiety disorder that is associated with violent and disturbing thoughts, images, or urges (Fairbrother & Abramowitz, 2007). Symptoms may begin suddenly after the new baby arrives home, or pre-existing OCD symptoms may be exacerbated by new parental responsibilities.

Consider the mother of a colicky young infant who, frustrated by her baby’s crying, has a mental image of herself throwing her baby down the stairs. This thought occurs unexpectedly and feels dangerous, and the woman becomes extremely upset by this thought.

This mother might think:
“Why am I having this thought? Does this mean I might harm my baby? What if I lose control and throw my baby down the stairs? Mothers shouldn’t have thoughts like this.”

In response to these thoughts, the mother may avoid going near staircases while holding her infant or may hold her baby extra tightly whenever she is near the stairs. She may become especially fearful of caring for her baby whenever it is crying, for fear that she might do something impulsive or dangerous. If certain parenting activities feel especially risky, these responsibilities may be delegated to other caregivers.

Another common type of postpartum OCD symptom is the recurrent, intrusive fear that something bad has happened to the baby. For example, a parent might experience recurrent thoughts or intrusive images of their baby choking or suffocating in their crib.

This parent might think:
“It’s my responsibility to prevent any harm from coming to my child. If I have a dangerous thought, it’s important that I check every time just to make sure my baby’s okay. After all, that’s what a good parent would do. If I have a worry and don’t check and then something bad actually does happen, then my baby’s death will be all my fault.”

In response to these thoughts, the parent may engage in repeated checking behaviors to make sure that the baby is okay. These checks may occur many hundreds of times a day. However, the relief that comes from each check is fleeting. Whenever a new doubt pops up, the parent feels compelled to check again, just to make sure.

A third common postpartum OCD symptom involves having unwanted sexual thoughts about your child. These may frequently occur when changing your baby’s diapers or giving your baby a bath. These obsessions may consist of thoughts (e.g., What if I just touched my child inappropriately? What if I’m aroused by this?), graphic sexual images involving the child, or impulses to act in a sexually inappropriate way.

A father with these types of obsessions might think:
“What kind of person has thoughts like this? Does this mean that I’m a pedophile or that I might be capable of molesting my child? This is sick. I shouldn’t be having thoughts like this.”

In response to these unwanted thoughts, the father might begin to avoid the infant. Avoidance may be especially evident in situations involving nudity (e.g., changing diapers, giving baths, changing clothes). Parents with postpartum sexual obsessions often avoid physical contact with the child (e.g., hugging the child, having the child sit on your lap) or being alone with the child.

In the examples above, a spontaneous, unexpected thought gives rise to the fear that the parent might pose a threat to their baby or might act in a way to put their baby at risk. Parents with postpartum OCD have no desire or intention to harm–however, the occurrence of an unwanted or threatening thought leads them to question their baby’s safety, their own intentions, their own morality, or their own fitness to parent. Moreover, some parents with OCD may misinterpret normal anger or frustration with their child as an indicator that they might truly want to harm their child. I discuss this topic briefly in my post on anger and OCD.

Despite these fears, postpartum obsessive-compulsive disorder (ppOCD) is not associated with an increased risk of harm to the child or infant (Fairbrother & Abramowitz, 2007).

As with all forms of OCD, individuals with postpartum OCD engage in a variety of rituals and avoidance behaviors in response to their obsessions. These typically include checking behaviors, washing behaviors, situational avoidance, and mental rituals (Fairbrother & Abramowitz, 2007). These rituals maintain symptoms of the illness, because they prevent disconfirmation of faulty OCD-related beliefs.

Given the way that postpartum OCD works, the more intensely the parent scrutinizes their unwanted thoughts, the more severe their OCD becomes. The more the person tries to figure out why the thought is occurring or how to make it stop, the more often the thought will reoccur. Parents with severe postpartum OCD may have near-constant unwanted thoughts about their child. These symptoms may cause the parent to dread spending time with the child, which affects bonding and can wreak havoc on the parent-child relationship.

Because violent and sexual obsessions stand in stark contrast to what new parents feel they “should” be feeling, postpartum OCD symptoms often cause a great deal of guilt, shame, and confusion. Due to the nature of ppOCD symptoms, postpartum OCD often results in extreme isolation, alienation, and depression and is sometimes a primary contributor to parental separation or divorce.

Although many people are acquainted with postpartum depression, fewer are familiar with postpartum OCD. This is true for several reasons. First, postpartum OCD tends to be relatively uncommon in comparison to postpartum depression. In a relatively small-scale study, Wenzel, Haugen, Jackson, and Brendle (2005) estimated that ppOCD affects about 2.6% of mothers (when assessed 8 weeks after giving birth). Second–and perhaps more importantly–the symptoms of ppOCD can be so disturbing that few sufferers speak out about what they’re experiencing. They fear the looks of horror and disgust from their loved ones, the possibility that their children will be taken away, or that their doctors will determine that they’re “crazy” and institutionalize them.

The reality is that, just like other forms of OCD, postpartum OCD is a treatable condition. The treatment of choice for ppOCD is exposure and response prevention (ERP), a specific form of cognitive behavioral therapy (CBT) that was designed explicitly to address symptoms of OCD.

For more information about postpartum OCD, feel free to contact my South Florida psychological practice which is located in Palm Beach County, Florida, or review the list of common ppOCD symptoms below.

Common symptoms of postpartum OCD include fears of accidentally or intentionally harming your child.

NOTE: These thoughts are often associated with graphic mental images of violence.

Questions? Comments? Struggling with symptoms of postpartum OCD? Sound off below.