OCD About Pets and Animals: Harm 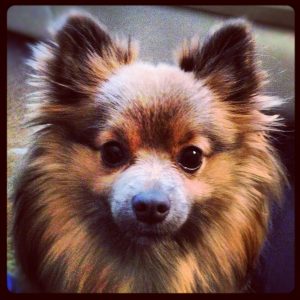 Unfortunately, not even man’s best friend is immune from OCD’s influence. Pet obsessions may focus on harm, violence, contamination, scrupulosity, and sex.

In this 3-part blog series, I discuss some of the common ways obsessions may target our lovable, snuggable friends.

This article, Part 1, will focus on harm obsessions; Part 2 will cover contamination obsessions; and Part 3 will address sexual obsessions and scrupulosity, as they pertain to pets and animals.

So why does OCD hate them so much anyway?

Probably because we love them.

Get ready to brace yourself for all sorts of violent and horrific thoughts about pets and animals.

It doesn’t matter what type of pet you have. Dogs, cats, birds, ferrets, bunnies, snakes, flying squirrels, chinchillas, mice, rats, guinea pigs, gerbils, potbellied pigs, fish, horses, cows, chickens, frogs, turtles, lizards, YOU NAME IT! The list goes on and on. Obsessions about pets and other animals can occur across all species.

Let’s begin by identifying some examples of pet- and animal-focused OCD harm obsessions:

These OCD violent obsessions often focus on preventing possible harm to pets or other animals. Worries include the fear of causing harm through negligence or irresponsibility. Here are some examples…

OCD and Animals – Fear of Losing Control and Harming Your Pet

These violent obsessions are similar to those above but focus on a loss of control. They often involve “what if” thoughts about the possibility of harming your pet while in an altered mental state.

Pets, Animals, and OCD – Magical Thinking and Fear of Harm

These OCD-based animal obsessions involve magical thinking, which is when you perceive connections between two events that are not logically related. For example, you may perceive that if you don’t do a certain ritual, something bad may happen. For many pet-related violent obsessions, you may fear that resisting certain compulsions could result in your pet’s injury or death.

As you can see, we have the potential to worry a lot about our pets, our trusted animal companions. Just as with other family members, we’re invested in their survival and well-being, which is exactly why OCD tends to target them.

Whether you’re experiencing the fear that you might accidentally be responsible for causing harm to your pet, or you’re fearful that you might secretly want to harm your pet, it’s important to learn to use exposure and response prevention (ERP) as a tool to stand up to your OCD.

In vivo and imaginal exposure for OCD can be transformative for reducing your symptoms.

OCD wants you to take animal obsessions seriously. OCD wants to you to ritualize by analyzing your violent thoughts, checking your thoughts and intentions, and verifying that every door and gate is locked and secure.

At first, it can be difficult to ignore and resist these rituals. After all, compulsions tend to be framed in the most helpful of terms. Who wouldn’t take a few seconds — a few minutes — a few hours to make sure that everything’s okay? Only a bad person would ignore those thoughts, right?

Overcoming OCD involves learning to notice your thoughts, your feelings, your inclinations to act…and then deliberately choosing a non-response, rather than choosing an action based on OCD guilt or fear. It involves staring your fear in the eye.

Sometimes this is uncomfortable. You may feel negligent, irresponsible, careless, or evil.

But that’s just the tactic that OCD uses to manipulate you in order to keep itself strong.

If you’re not doing rituals, what should you do instead?

Hug your pet, hold your pet, and walk away from the gate without looking back.

Join me next time for Part 2 – Contamination Obsessions Involving Pets and Animals.

Questions?  Do you experience OCD about pets or other animals? Harm-based worries getting you down? Sounds off below.