Hit-and-Run OCD vs. Other Driving Fears 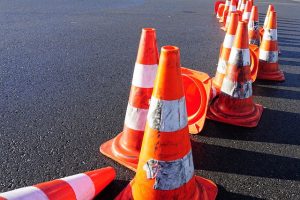 Hit-and-run OCD can be distinguished from other driving-related fears on the basis of a person’s core fear and his/her response to it.

What is hit-and-run OCD?

Hit-and-run OCD (sometimes called MVA-OCD) is a subtype of obsessive-compulsive disorder that involves persistent and recurrent worries that you’ve hit someone while driving. While most people with hit-and-run OCD worry, “What if I accidentally hit a pedestrian?”, some worry about unintentionally causing car accidents, bike accidents, or property damage.

For someone who has panic disorder with agoraphobia, driving fears might arise because:

In essence, panic disorder involves the fear of panic itself. In fact, panic disorder is often described as the “fear of fear.” Many people with panic tend to misinterpret the physical sensations of anxiety and panic as dangerous (e.g., “What if my chest pain means that I’m having a heart attack?”, “What if my racing thoughts mean that I’m going crazy?”). These fears (e.g., the fear of dying, the fear of going crazy) are fairly distinct from the obsessions that characterize hit-and-run OCD.

Although people with hit-and-run OCD may experience panic attacks while driving, these panic attacks themselves are not fundamental to their anxiety. Instead, panic is a byproduct of the person’s anxiety related to their underlying OCD fears. Hit-and-run obsessions often involve fear or uncertainty about the possibility of having caused harm to others (e.g., “What if I hit someone with my car?”, “What if I drove carelessly and caused an accident?”). In that way, OCD-related panic is obsession-driven.

While both panic disorder and hit-and-run OCD may be associated with driving avoidance, OCD is distinctly associated with a variety of behavioral and mental compulsions, which are not typically present in panic disorder. People with OCD may engage in a variety of physical or mental checking behaviors when driving. They may make excessive use of mirrors or visual checks to make sure that they haven’t hit someone or caused an accident. They may retrace their driving routes to scan for signs of an accident. They might also check the news for stories about car accidents or hit-and-run incidents, or check their own vehicles for signs of damage that their car may have been involved in an accident. Beyond these overt checks, people with hit-and-run OCD may engage in mental review, such as mentally replaying their drive home to make sure that nothing bad happened. At first these checks may be minimal and may take only a few minutes to complete. However, if these compulsions aren’t addressed, they may grow into complex, time-consuming rituals that may take up many hours per day.

The distress associated with these rituals can be so intense that the person may begin placing restrictions on their driving. They may drive only when necessary and restrict their driving to familiar roads and familiar places. They may avoid driving at night, avoid busy intersections or highways, or avoid roads that pass by schools, shopping areas, or construction zones (i.e., any places that might have ample numbers of pedestrians). They may also ask close friends or family members to drive them places or complete errands for them.

Hit-and-run OCD can quickly become debilitating, and it can result in significant job-related impairment. Moreover, some individuals become so disheartened by their symptoms that they quit their jobs. Many of the individuals I treat in my West Palm Beach psychological practice are initially disabled due to their inability to drive to work or (even) therapy.

Because this type of OCD is highly treatable through exposure and response prevention (ERP), giving up on overcoming your hit-and-run OCD is especially tragic. You really can overcome your driving fears.

Effective treatment for hit-and-run OCD occurs primarily outside of the office — on roads. Consequently, you should find a local therapist who is willing to leave the office and implement the types of in vivo exposures that are most effective for reducing hit-and-run OCD symptoms.

ERP for hit-and-run OCD involves confronting anxiety head-on through in vivo and imaginal exposures. People with hit-and-run OCD will need to take to the road with their therapists and do a variety of therapeutic exercises designed to confront and reduce their driving-related fears. They will initially construct a driving-related hierarchy that may include:

Initially, you and your therapist will assemble a list of triggering driving scenarios and rank them 0-10 in terms of anticipated anxiety/distress. Individuals will usually begin with driving exposures that are ranked as “2’s” or “3’s” on their scale and then systematically progress up the hierarchy. Exposures should be repeated frequently, under many different types of circumstances.

Sometimes an intermediary step of fading out your driving buddy involves driving with your buddy while they close their eyes or wear a blindfold. This gives you the benefit of still having them there for moral support (NOT REASSURANCE SEEKING), while learning to rely solely on your own perceptions of the road. This is important because some people with hit-and-run OCD feel reassured simply by having another pair of eyes present. This is because the person with hit-and-run OCD may believe that if anything bad truly did happen, their driving buddy would surely have noticed it and mentioned it.

Avoidance is a core component of hit-and-run OCD, so driving itself will be one of the most important elements of effective treatment. However, exposure to triggering situations via imaginal exposure will also be key to achieving a lasting recovery. Scripting (imaginal exposure) is a core component of effective OCD treatment, as is using the right type of video-based exposures. These treatment strategies may include watching youtube videos of triggering traffic situations or hit-and-run accidents.

If you have hit-and-run OCD, there is much reason for hope. Find a local hit-and-run OCD specialist who can guide you in ERP for OCD, and you’ll soon find yourself taking to the road with newfound confidence.

Questions?  Comments? Have a recovery story about hit-and-run OCD you’d like to share? What exposures have been instrumental in your recovery? Please sound off below!