OCD Treatment: Back to Basics 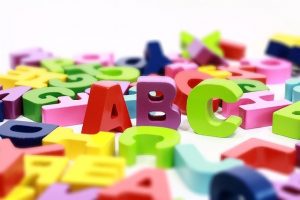 OCD is predicated on the formation of faulty beliefs that are maintained through negative reinforcement.

In previous posts, I have discussed various aspects of the “OCD Cycle,” but it never hurts to have a quick refresher.

After all, understanding how OCD works can help you see through its lies and help mobilize you to stand up and challenge it.

What is OCD, and how does OCD treatment work?

Obsessions are unwanted thoughts, impulses, or images that intrude into your awareness, and cause significant anxiety or distress. Thoughts include such examples as, “What if I get sick?”, “What if I secretly want to harm my loved ones?“, “What if I just got sexually aroused by that child?“, and “What if I forgot to lock my front door and someone breaks in?“.

Impulses are experienced as urges to commit actions that you wouldn’t want to commit. Some examples of unwanted impulses include the urge to blurt out offensive or inappropriate statements, grab a policeman’s gun and shoot someone, or do something sexually inappropriate in public.

Images often consist of violent or disturbing mental imagery. You might be plagued by mental movies of extreme violence (e.g, seeing images of people getting killed or mutilated) or inappropriate or unwanted sexual contact (e.g., seeing yourself having sex with someone who you wouldn’t want to have sex with).

Compulsions (also referred to as “rituals“) are the behavioral or mental responses that you use to reduce the anxiety brought on by your obsessions. Behavioral compulsions include washing, checking, or rearranging. Mental rituals may involve analyzing thoughts, mentally reviewing past events, or mentally reassuring yourself.

There are many more examples of obsessions–as well as behavioral and mental rituals–than the ones I’ve mentioned above.

Avoidance behaviors are considered a type of preemptive compulsion that are used to prevent anxiety from spiking in the first place. Similar to other compulsions, avoidance is a way to control and reduce anxiety.

Obsessions (regardless of whether they consist of intrusive thoughts, impulses, or images) increase anxiety. Because anxiety is perceived as uncomfortable or intolerable, the individual engages in compulsions to reduce the anxiety they are feeling. Compulsions “work” at first, in the sense that they do directly reduce anxiety.

When a negative stimulus (e.g., anxiety) is reduced or taken away by the performance of a particular behavior (e.g., compulsions), that behavior becomes more likely to be repeated in the future whenever the negative stimulus is re-encountered. This phenomenon is more generally called negative reinforcement. Because compulsions “work,” they begin to be used preferentially as “coping strategies” in response to anxiety-producing situations. Compulsions quickly become the default ways individuals respond to their anxiety.

All is okay for awhile, but ultimately, there are some major downsides to using compulsions to reduce anxiety. First, compulsions tend to reinforce faulty beliefs and prevent people from developing healthy, more realistic beliefs about their anxiety triggers.

For example, let’s consider someone with contamination OCD who believes, “If I touch a doorknob and don’t wash my hands, I’ll get sick.” If this person consistently washes their hands after touching doorknobs, washing becomes seen as a necessary step to avoid getting sick (even if it isn’t). Continued washing prevents the person from ever realizing that washing is optional, and as a consequence, washing reinforces the false belief that health is fragile and that it can only be maintained through elaborate washing behaviors.

Before long, the person becomes uncomfortable with even the most innocent casual contact, because it is seen as potentially threatening. Fear begins generalizing to more and more situations, and soon the person feels uncomfortable touching anything that hasn’t been cleaned recently. The person’s tolerance for ambiguous situations is reduced, if not completely eliminated.

Furthermore, the anxiety-reducing properties of compulsions tend to diminish over time, and the person must typically expand their compulsions to get the same anxiety reducing effect. What began as a simple washing behavior soon expands to 2-, 3-, 4- repetitions, and the wash becomes longer and more elaborate.

Avoidance of anxiety-producing triggers has the same effect as performing compulsions. If people begin to avoid situations that cause anxiety, they never learn that anxiety is tolerable and will reduce on its own, even without performing rituals.

I’ve discussed handwashing quite a bit in the example above, but the same basic principles apply to ALL types of OCD.

The most effective treatment for OCD, exposure and response prevention (ERP), works by bucking this entire OCD system. With the help of a OCD therapist (or on their own), people with OCD develop the courage to begin violating the unhealthy, non-reality based rules that OCD has imposed on their lives. Through a series of calculated risks, they begin improving their tolerance for ambiguous situations. Through exposure and response prevention (ERP), they improve their ability to tolerate uncertainty.

By performing exposures without rituals, individuals with OCD also indirectly refine their beliefs about how the world works — replacing faulty OCD beliefs with healthier, more realistic beliefs that are not based on what-ifs or fear. Through consistent practice, the “OCD Cycle” is slowly dismantled, and the person begins to feel free again.

Questions?  Comments? What types of faulty beliefs form the basis of your OCD? What rituals and avoidance behavior does your OCD use to maintain these beliefs? Sound off below…